When people ask me why I love freediving, I have three words in mind: depth, challenge and excitement. That is the deep meaning of freediving to me, but there is much more beyond that.

We have busy lives, and we often find ourselves at the edge of a dichotomy: surface-depth; boring-exciting; easy-challenging; boring-exciting. In my life, I choose the words where energy and happiness spread from, which express not only my passion but rather the passion that inhabits each of us.

“I  started freediving when I was 13 after I completed all swimming certifications. Family holidays in the Mediterranean Sea have been the original setting of my relationship with the Sea. However, before I was allowed to compete officially, I had to wait until I turned 18.”

Since then Alessia never stopped.

Freediving requires a lot of training, both physical and mental.

“I train every day, 3 or 4 hours a day, in the pool and at the gym. When a competition is approaching, I reach the location a fair amount of days before the actual challenge, so to get familiar with new conditions. Another essential part of my training, besides a high level of mental concentration, focuses on muscle stretching, which is needed to enhance lung capacity and to optimise my breathing techniques.”

Alessia’s first National competition was in 2011, when she participated to the Italian Championship in Turin, where she earned a second-place in 2 out of the 3 scheduled disciplines.

One year later, Alessia is called for her first international competition, where she earns exceptional placings.

2013 is the year when Alessia becomes World Champion for the first time, in Kazan, during her first time joining the World Championship. In the same competition, Alessia also won a silver and a bronze medal in the other 2 scheduled disciplines.

The first Indoor World Record has to wait until 2015. The media attention dedicated to Alessia’s extraordinary accomplishments (5 medals between gold and silver, indoor and outdoor), strongly contributed to increasing the general interest in freediving.

In 2017, after the record in the Bahamas, Alessia became the “deepest woman in the world”, beating for three times Natalia Molchanova’s hitherto unbeaten result, which had lasted for 6 years.

Even today, thanks to her -113 m in Constant Weight achieved in 2019 in Roatan, Alessia maintains the affectionate title that the press and her many fans have entrusted to her: the Queen of the Abyss. 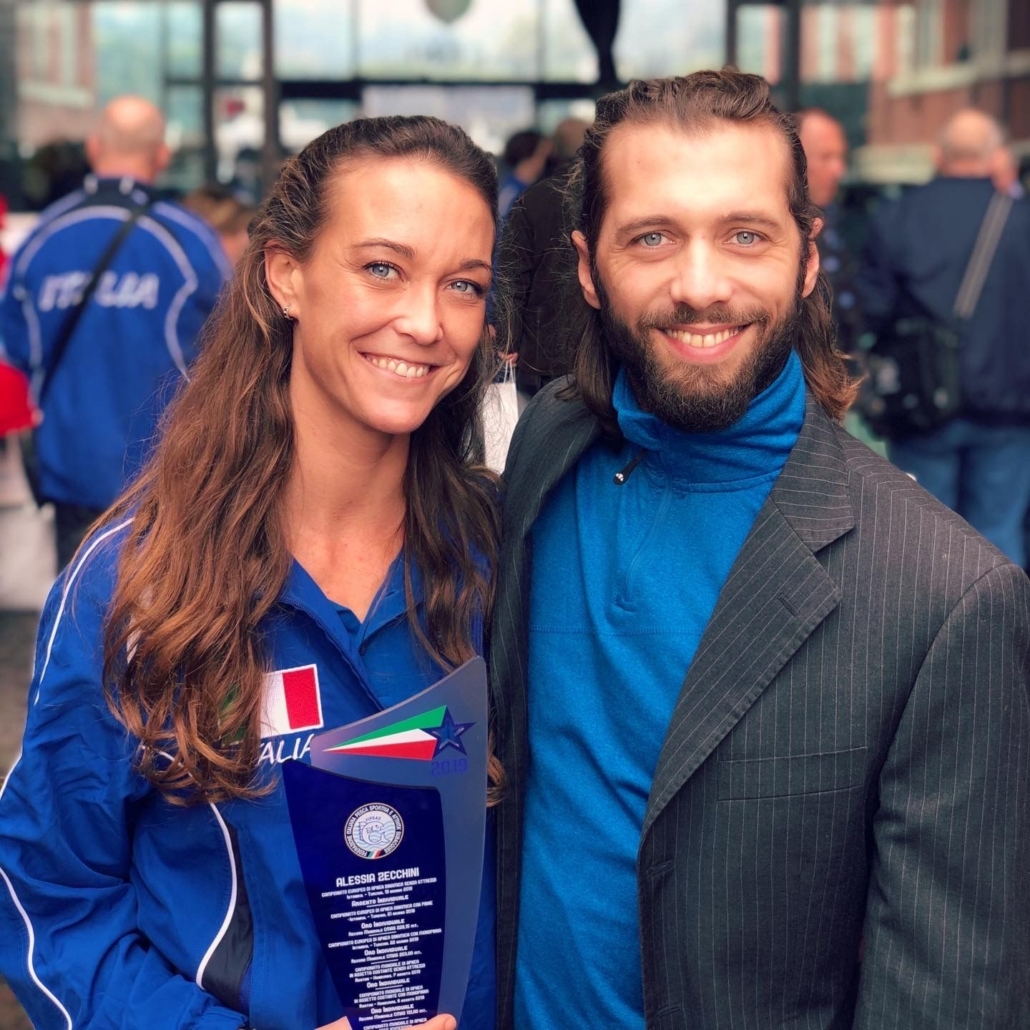 Great self-control and meditative reflection are essential ingredients in Alessia’s successes, who loves to tell how easy it is to transfer these skills even in completely different contexts, such as corporate meetings, motivational speeches and her active participation in the protection of the land environment and the Ocean.

The positive energy that Alessia naturally communicates in her numerous TV and Press appearances, the strong relationship on social media and in real life with her supporters, have given an essential boost to the popularity of this sport. Especially youngsters are inspired by Alessia’s exploits and her contagious smile.

Freediving teaches us to face the depths and the darkness that life sometimes presents to us.

“As I was learning to descend into the Ocean depths, I experienced a greater knowledge of myself, my body and mind. There is a level of concentration that, once understood, leads to a feeling of ecstasy and clarity, in which you know exactly what you want to do at any given moment, and get an immediate response. You know that what must be done is achievable, albeit difficult ”.

Alessia’s dream is to finally see freediving recognized and included among the Olympic disciplines.

We may request cookies to be set on your device. We use cookies to let us know when you visit our websites, how you interact with us, to enrich your user experience, and to customize your relationship with our website.

Click on the different category headings to find out more. You can also change some of your preferences. Note that blocking some types of cookies may impact your experience on our websites and the services we are able to offer.

These cookies are strictly necessary to provide you with services available through our website and to use some of its features.

Because these cookies are strictly necessary to deliver the website, refuseing them will have impact how our site functions. You always can block or delete cookies by changing your browser settings and force blocking all cookies on this website. But this will always prompt you to accept/refuse cookies when revisiting our site.

We fully respect if you want to refuse cookies but to avoid asking you again and again kindly allow us to store a cookie for that. You are free to opt out any time or opt in for other cookies to get a better experience. If you refuse cookies we will remove all set cookies in our domain.

We provide you with a list of stored cookies on your computer in our domain so you can check what we stored. Due to security reasons we are not able to show or modify cookies from other domains. You can check these in your browser security settings.

We also use different external services like Google Webfonts, Google Maps, and external Video providers. Since these providers may collect personal data like your IP address we allow you to block them here. Please be aware that this might heavily reduce the functionality and appearance of our site. Changes will take effect once you reload the page.